About an hour ago, with no #AntiELAB protesters in sight, the hostile crowd in #NorthPoint turn their attention to journalists, pushing & shoving them. This is one of the case. In another, a man dragged the feet of a photographer standing on railings & almost got him fall off pic.twitter.com/FeFSdtemSw

This man, a North Point resident from South Africa, made a point of holding up a "100% Freedom/Let's stand up as HKers" banner next to a large group of pro-China men, who quickly shouted aggressively at him & surrounded him. Police intervened & the man w the banner walked away pic.twitter.com/4O30qhMLIm 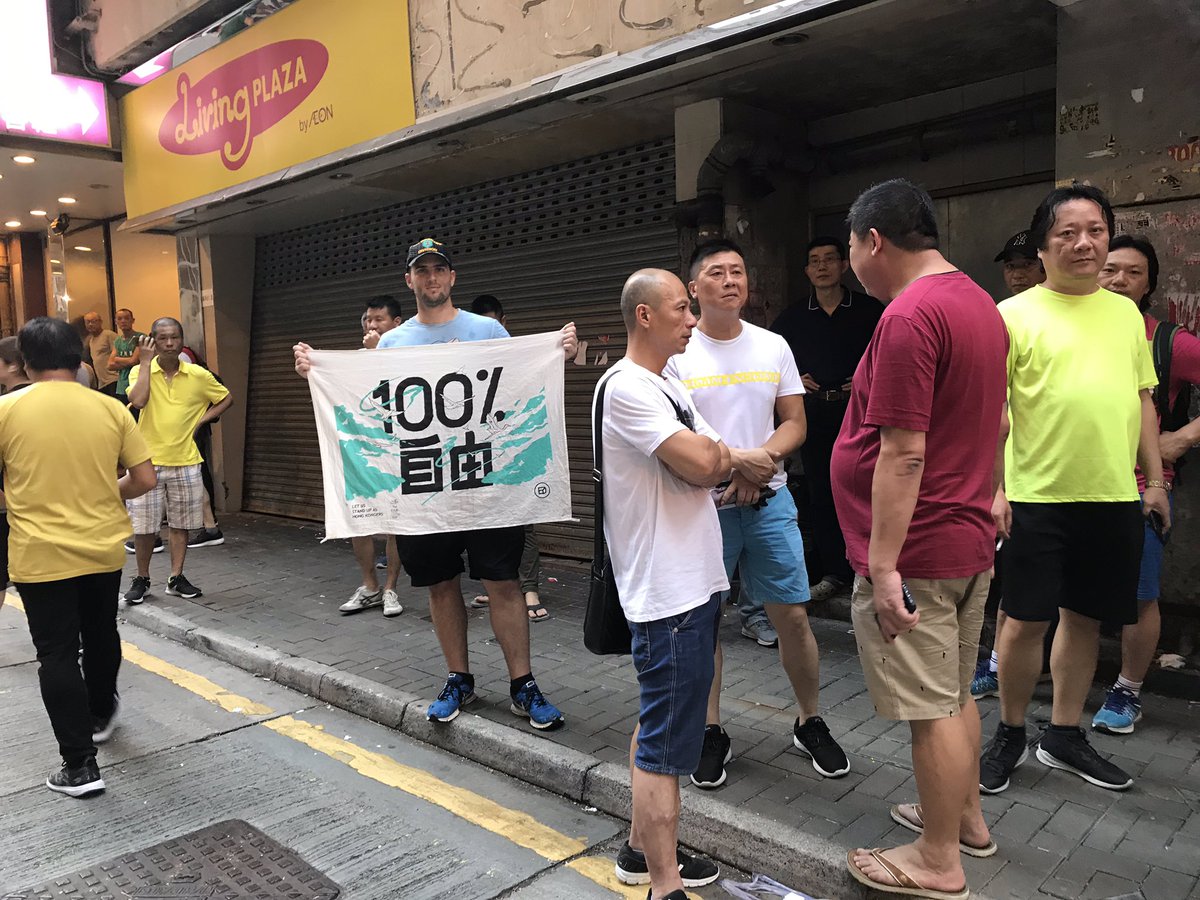 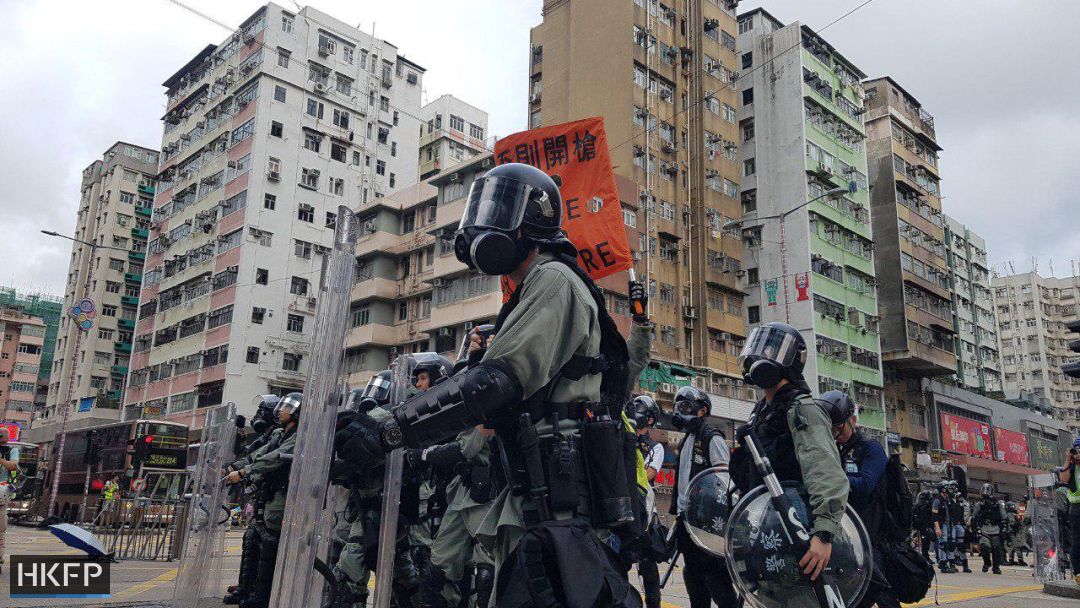 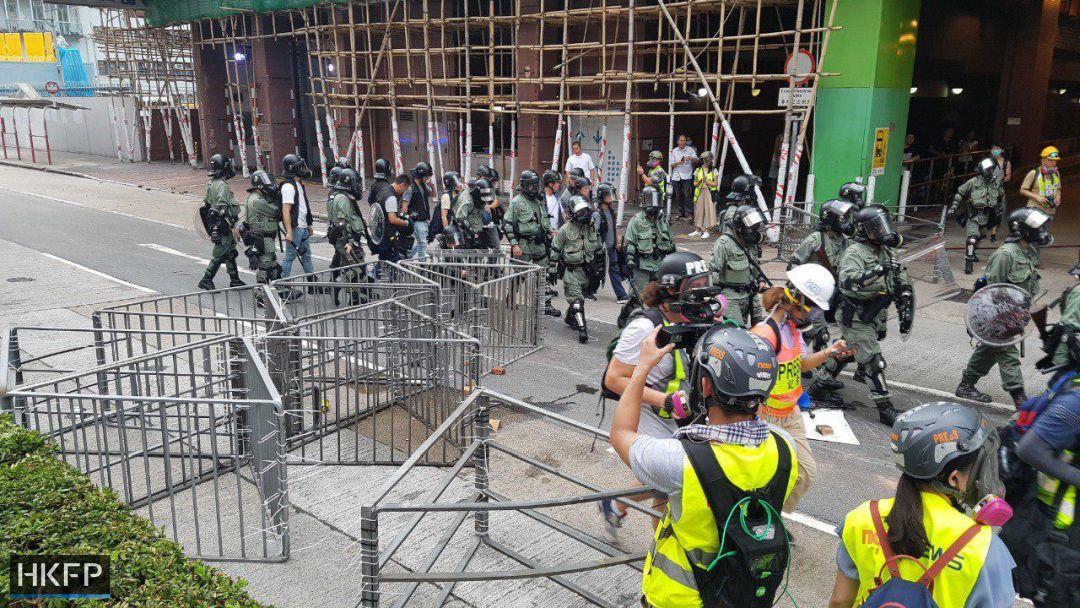 Riot police unfurl tear gas warning as they advance on protesters outside the Sham Shui Po police station. At least 4 arrests were made.

#NOW: I don't know how the police might clear the airport with so many travellers and civilians here. All modes of transport away from it is jam packed. #antielab pic.twitter.com/n0AmNub9PI 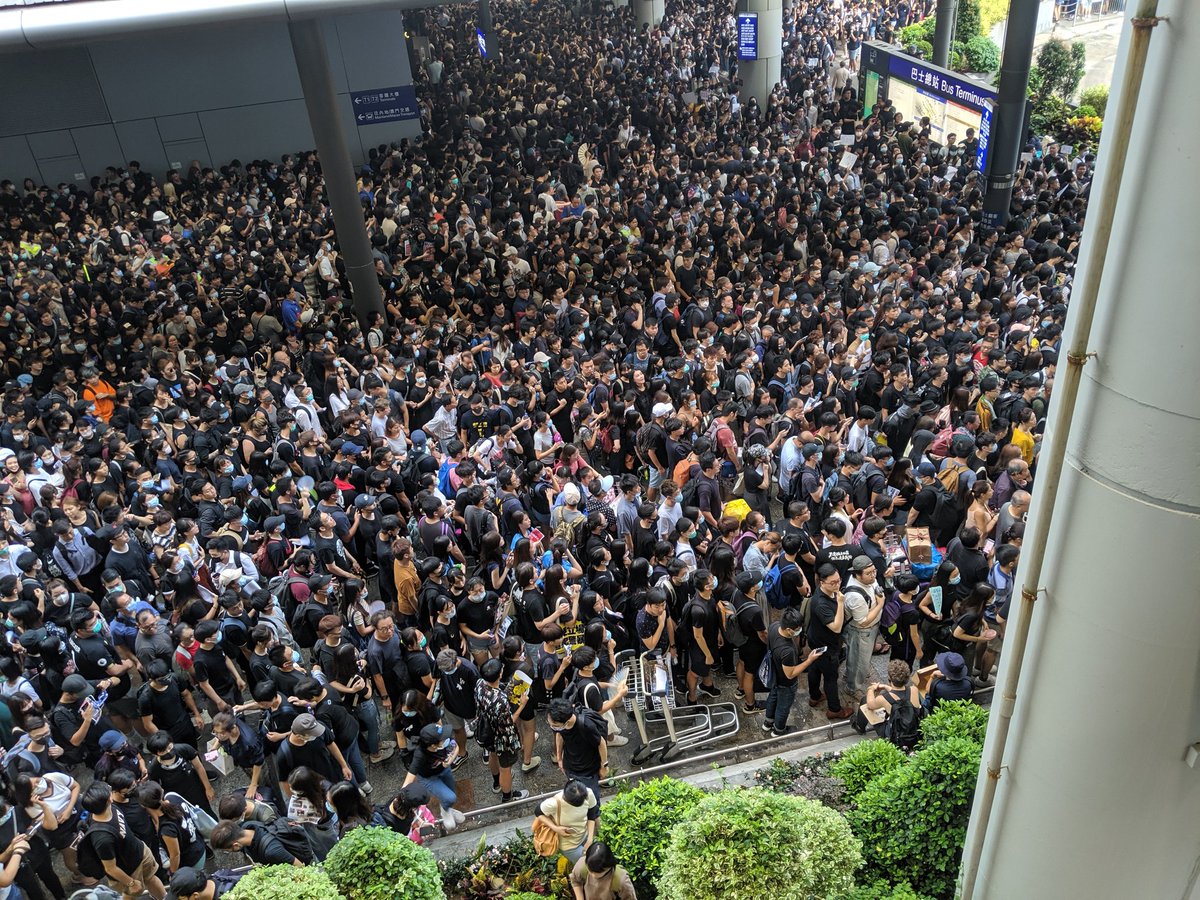 A collection of protest posters spread out on the floor of the airport. pic.twitter.com/kojYUGQohP 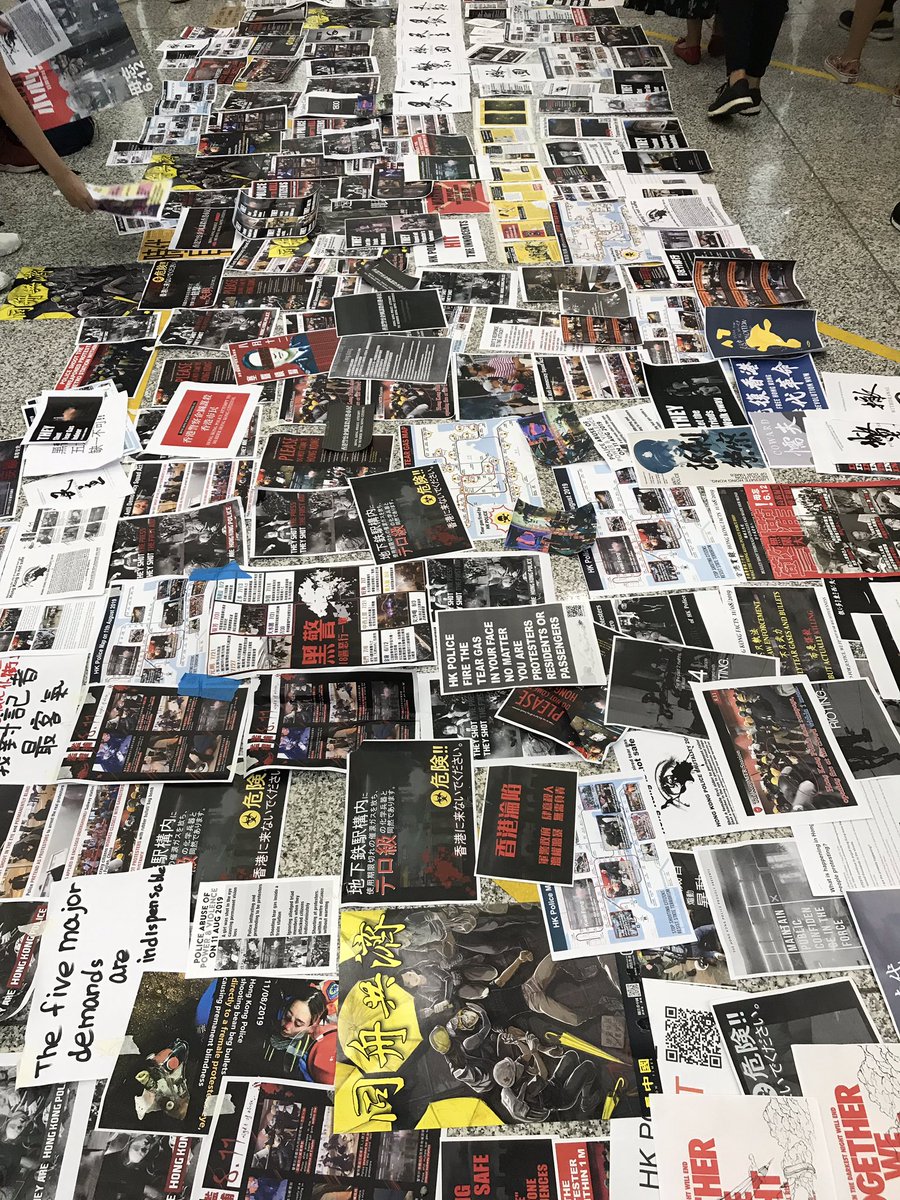 Here protestors bow to passengers queued up to board the train to the boarding gates and apologise. Several, including a family with a boy visibly distressed by the ordeal, stopped to say they forgive and support them. pic.twitter.com/dDqCK4PWvm

Scuffles between impatient passengers and #AntiELAB protesters like this have happened a few times along the cart chain outside the north departure gate. Frustration is driving up tensions, and protesters' loud chanting of "sorry" isn't really accepted. pic.twitter.com/ujvgazk6y6

The white shirt guy suddenly joined the two female passengers who tried to push thru cart chain. "Do you want me to call the Yuen Long mobs here?" the man said. He said his guests from S.Korea can't leave for three days. #AntiELAB pic.twitter.com/tgFlY9GoYf